I have been using my car for almost five years now and it breaks my heart when a sudden car feature malfunction occurs. I was so sad when I learned that my lighter socket didn’t worked when I tried to put the cellphone mobile charger in it. To be honest, this car is used for my small business.

Last Christmas, my sister gave me a car kit. This includes a car ashtray and a car cellphone charger. I always complain that I can’t charge in my car because it has no USB port install in it but I never thought of buying one which can be inserted in the car lighter socket. lol. Until now, I’m still not sure why I didn’t buy one for myself which is very unlikely. I always find a solution when a problem arises but this time, for being a cheapskate is the reason why I didn’t buy one for myself. 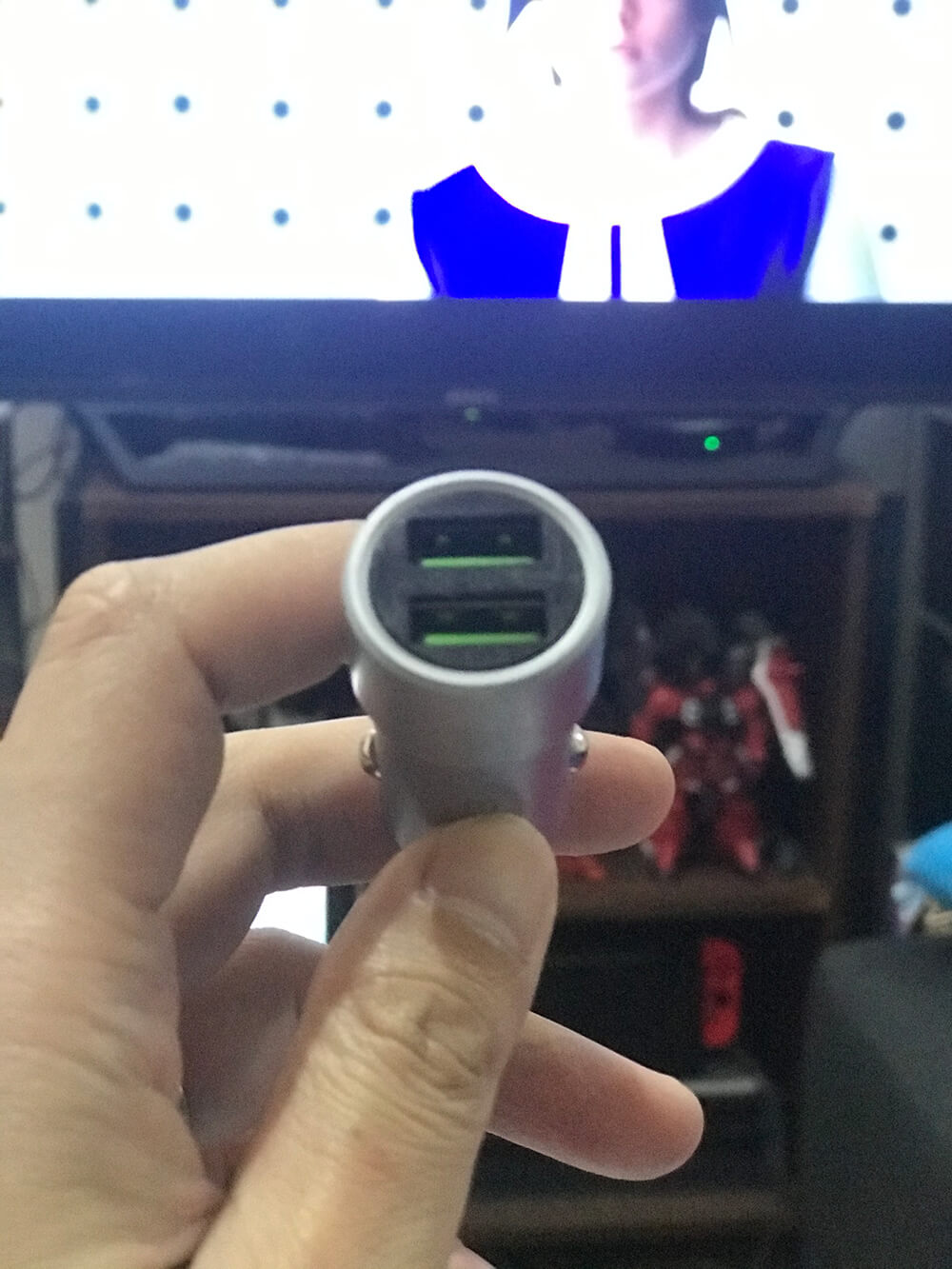 Anyway, here are the car mobile phone charger socket that she gave me. Its from Blade Car Accessory Store. I have no idea how much is it. I didn’t bother to ask how much since this is a Christmas gift.

The car mobile phone charger socket works as it was intended. You need to insert this little tube like gadget in to the car lighter socket. One inserted, the light from the device will turn on. That means, it’s getting power from your car battery.

I tried to heat the default car cigarette lighter to test if the car mobile phone charger is just busted but to my surprise, it’s also not working. Well, one thing is for sure. There’s something wrong with my car lighter socket.

“Okay, don’t panic”, I said to myself. It’s just the car lighter.

I turn on my car and drove it. There’s nothing wrong with in. My car works perfectly. I turned on the radio, opened and closed all windows, check the wipers, activated the signal light and hazard to verify that I’m getting enough power from my battery.

This means that the only busted is the car lighter. Having to do the stuffs I mentioned above checks the car battery for possible low power from the battery. And having the good results that I’m expecting means its the car battery is okay and still in good condition.

This is the time now to pin point whats wrong and what part who’s condition is questionable.

These three candidates are my hunch as to whom are making the problem with my car.

Since I do have a basic knowledge in car trouble shooting, I decided to fix this by myself. If the broken part is just the fuse or the car lighter socket. I can just easily replace it since these parts are readily available in any car accessory shop. 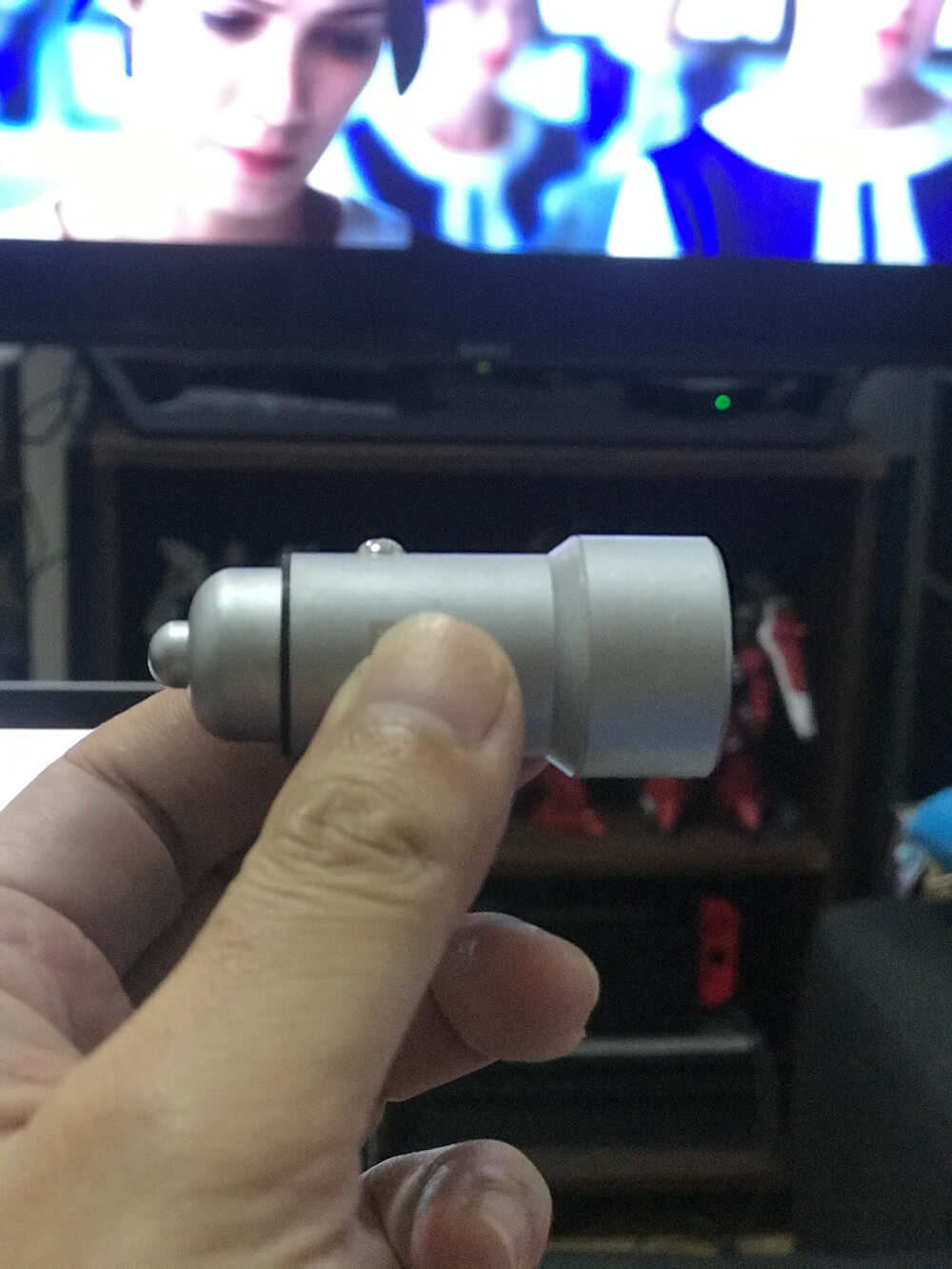 So I went back to my car and opened the hood to find the fuse box. Most of the modern cars have a fuse box under the hood. You just have to find it. If you have no idea, I suggest that you ask someone to point out where it is because if you’ll be having a hard time finding it because its covered and here’s no label saying, “Hey idiot! This is the fuse box!”. 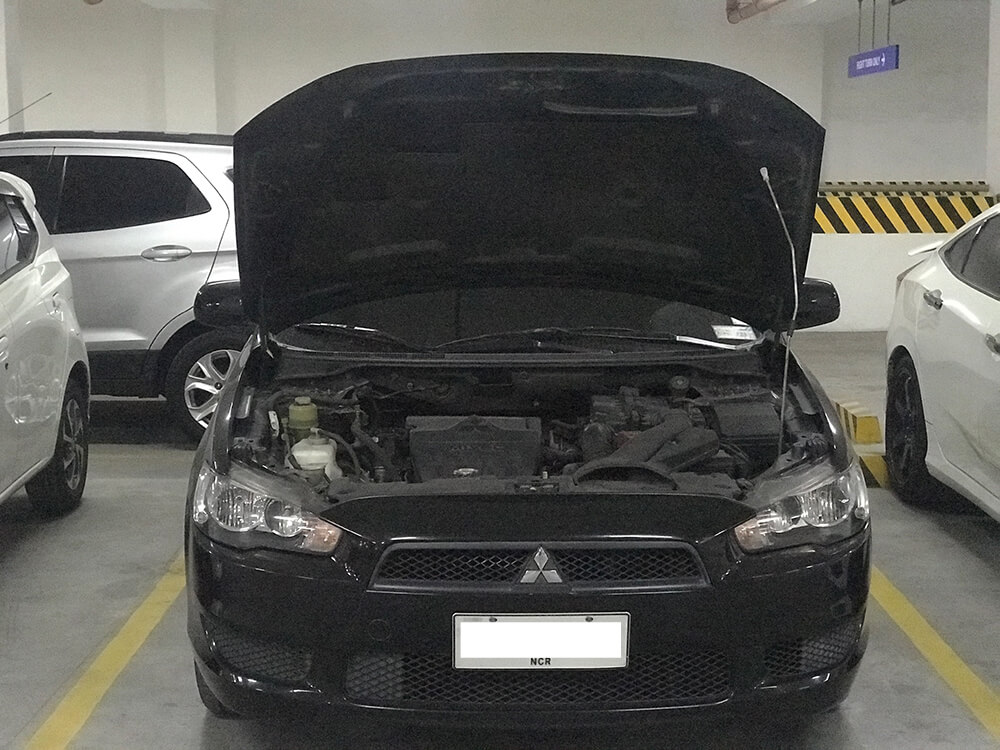 Anyway, I found mine and it looks like this. The thing with the fuse box is it contains several (i mean dozens) of fuses. If you don’t know what to do or how to fix this. I suggest you watch a youtube video on what you should do with the fuse. 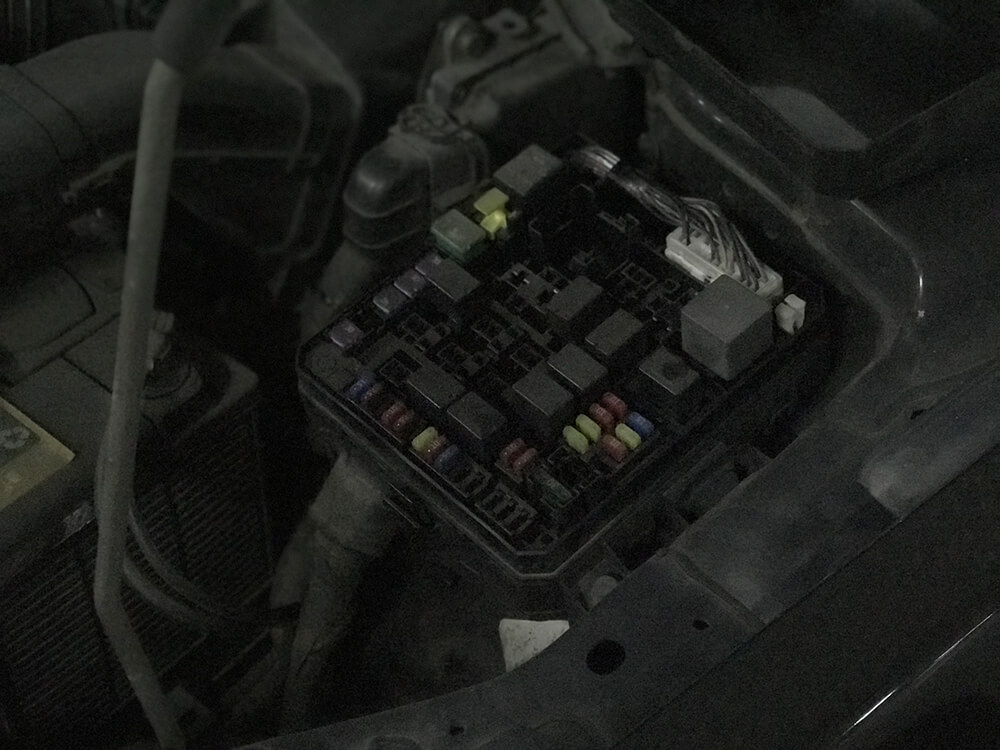 Just to give you an idea, the main role or purpose of a car fuse is to protect your car’s wiring. For example, your car lighter or car radio or car monitor draws unstable high current from your battery, your device (lighter, radio or monitor) will instantly blow. But with the help of the car fuse, it will be there to protect your wiring and (of course) your device before the unstable high current drawn from your car battery reaches it.

It’s better to have a burned car fuse than a busted device right? Car fuses can be easily replaced and its much more cheaper than buying a brand new radio.

Going back to my car fuse box, I realized that I have no idea what fuse is assigned to my car lighter. I can only see numbers in the fuses written but there’s no legend as to what fuse is related to what. So I went back home and asked the help of my car’s manual.

I flipped the pages and looked for the car fuses directory. This is where you can find the descriptions of the numbers from the fuse box. The Number 13 Fuse (as shown in the image below) says it is assigned to the Car Cigarette Lighter/Accessory Socket. Now I only need to find the number 13 fuse. 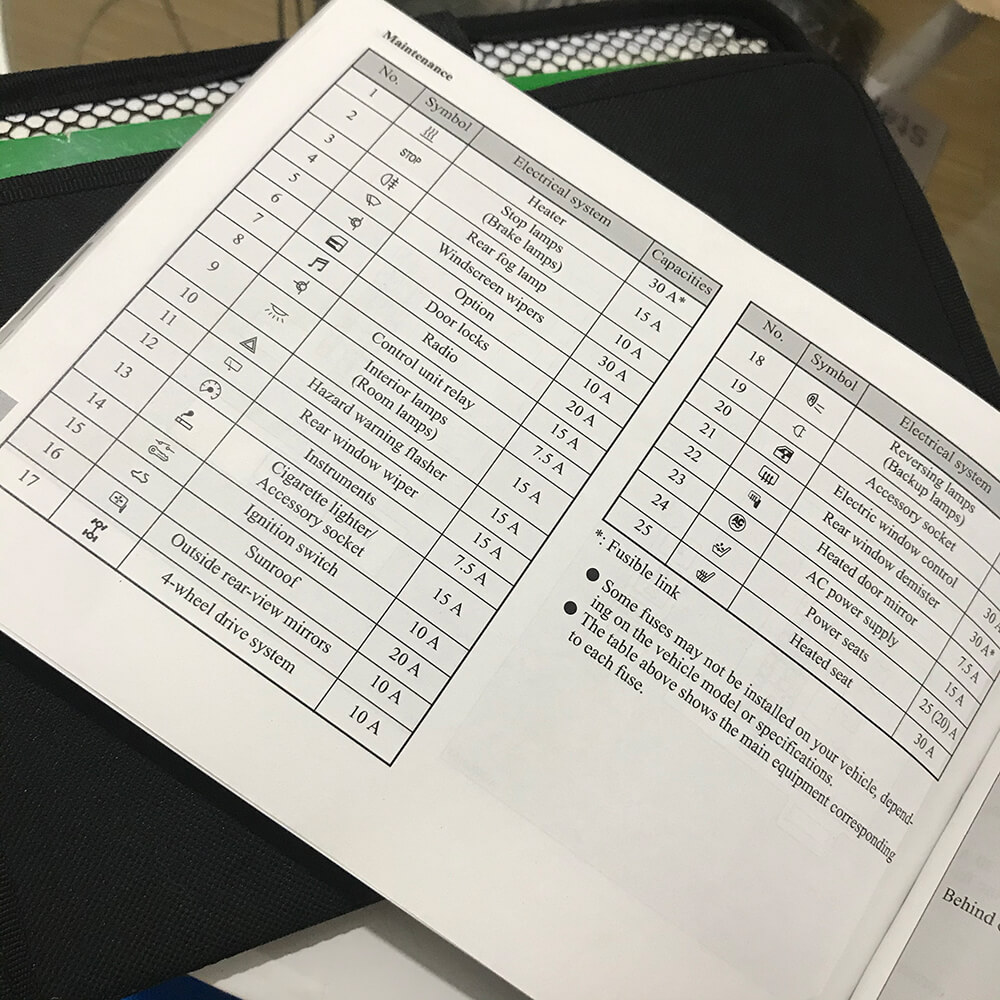 I went back to my car, opened the hood and try to find the fuse number 13. It took me awhile looking but unfortunately, I didn’t find it. Much to my dismay, I was looking at the wrong place! 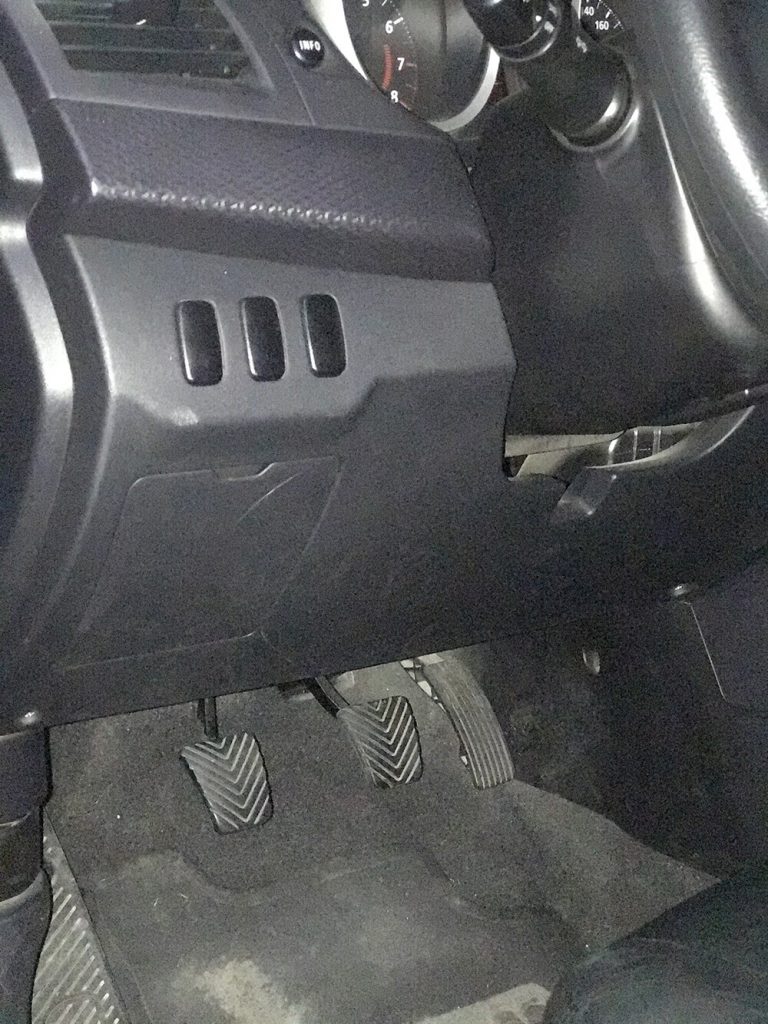 This obscured door will lead you to the secondary fuse box where all other fuses are stored!

And just as I have expected, the fuse number 13 is there. Now, all I have to do is to pull it out using a long nose pliers and check if its busted.

Honestly, It didn’t matter to me if the fuse is busted or not. All I know is I need to replace it with a new one. Also, I have no idea what a busted or burned fuse looks like. haha

So I pulled out the fuse, locked my car and went to the nearest car accessory store. 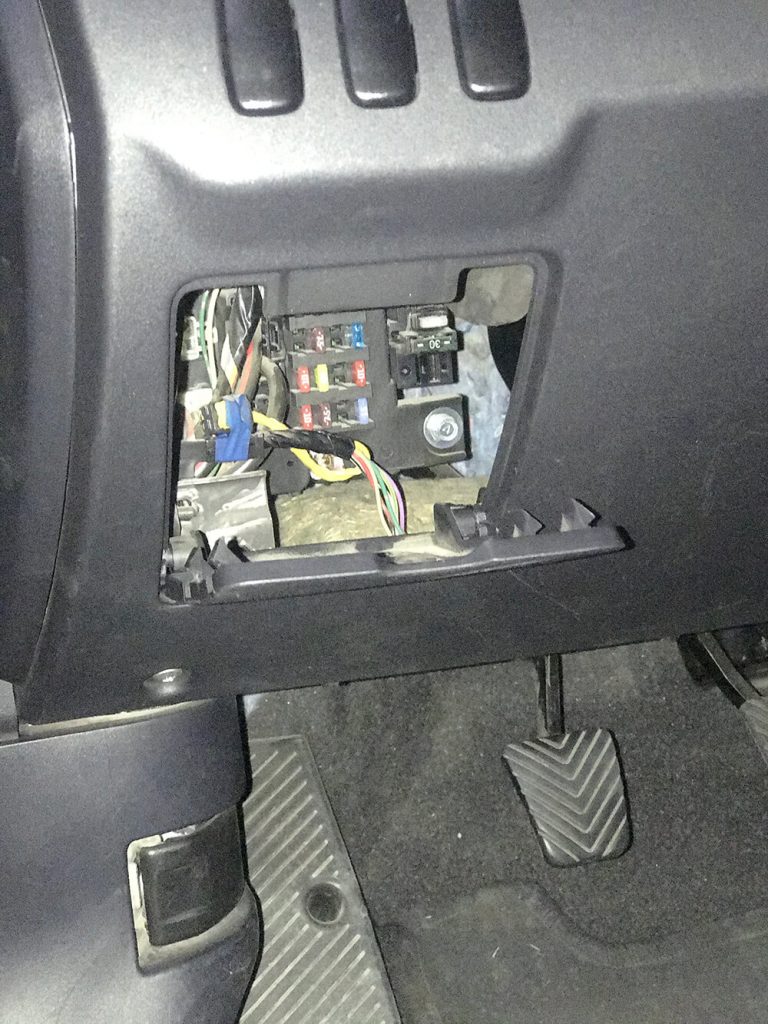 I bought 4 pieces of fuse shown in the image below. As indicated in the car manual, the fuse number 13 is a 15 amperes fuse. One fuse cost twenty pesos only (P20). There are also two sizes of fuse, luckily, i bought the busted one so I just showed it to the store and they gave me the same exact size and amperes. 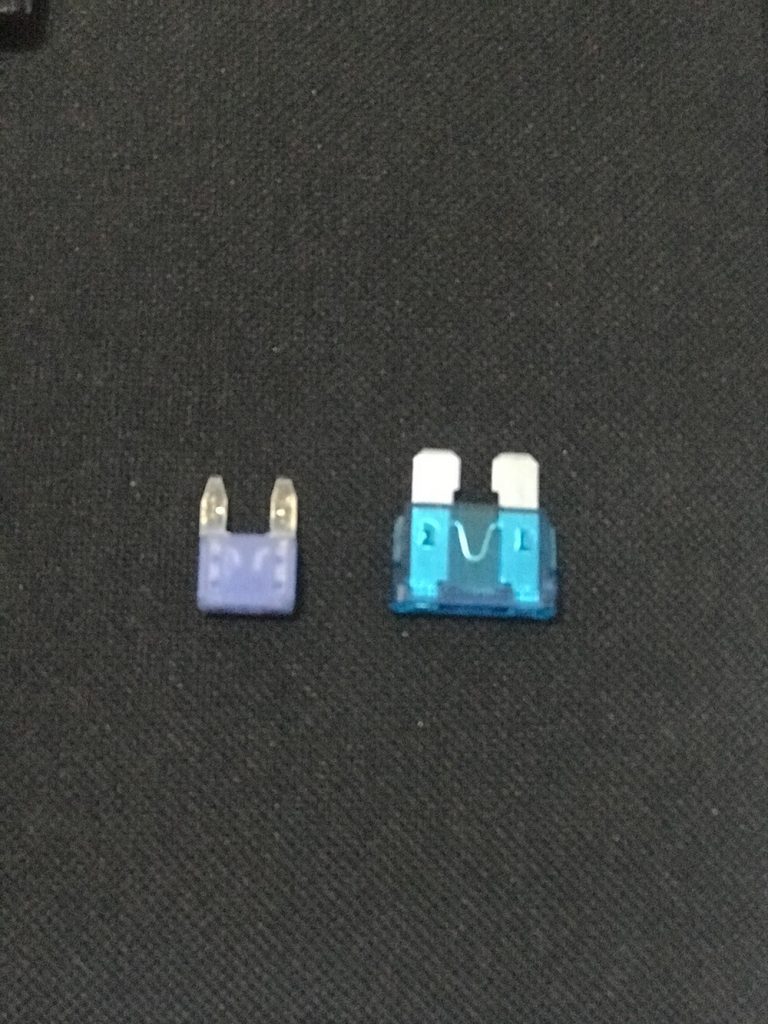 I went back to my garage and installed the new fuse. Before I started my car, I prayed silently that it will work and fix the problem.

I gently turned on the ignition and the car started.

This time, I connected my iPhone to the charger cable which is connected to the socket. I checked the battery for the lightning icon if its charging and voila! Its working perfectly!

I didn’t bother to go to the car shop because its to easily to fix. Plus, it will be expensive service fee for this easy task!

Anyway, if you will encounter any issues with your car lighter. I hope you find this post and help you!