Home » SSS Online Inquiry » How I (Finally) Treated My Eczema in less than a Month!!!

How I (Finally) Treated My Eczema in less than a Month!!! 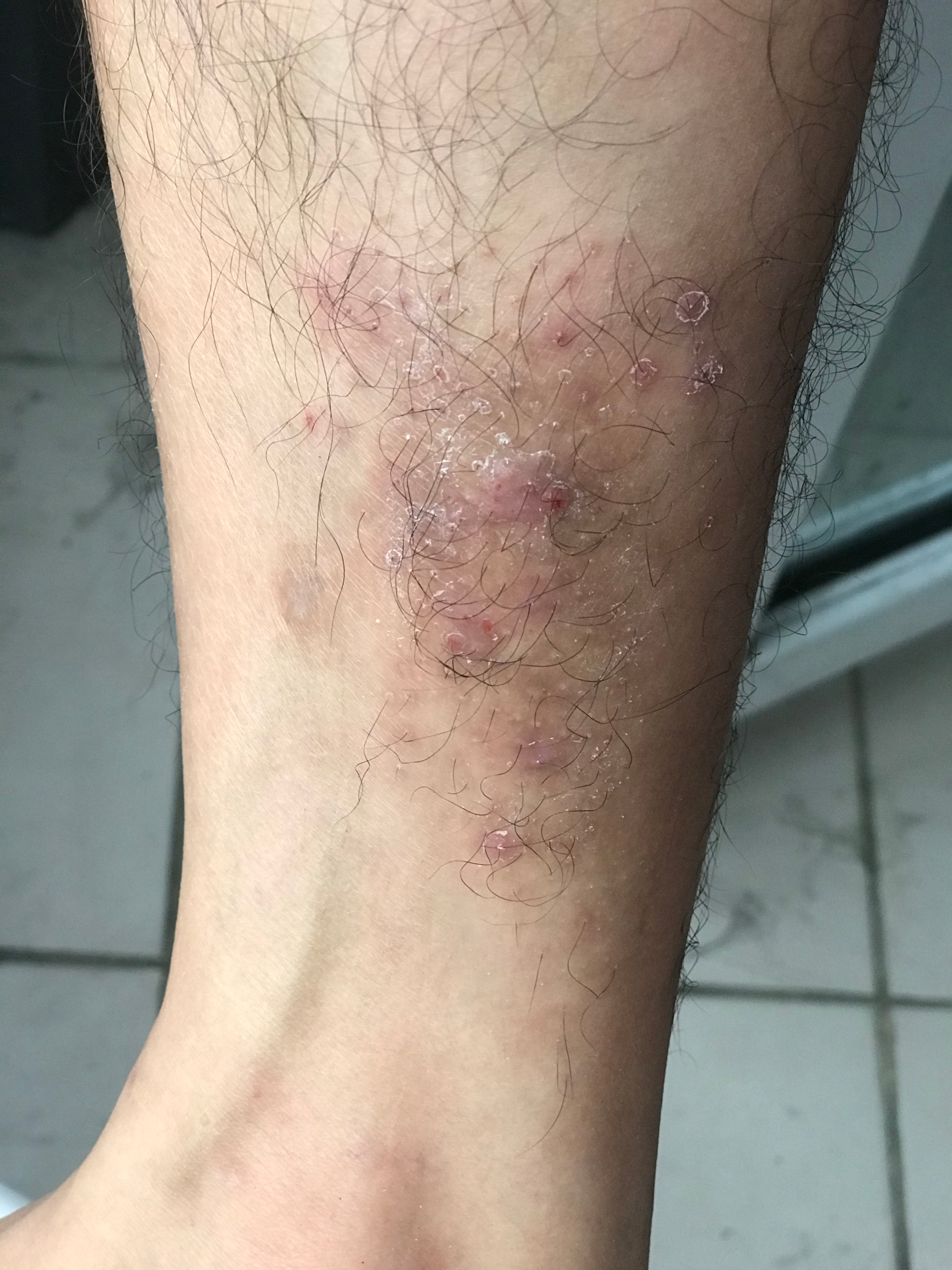 In this post, I’ll be sharing to you my own experience that I had with eczema and explain all the steps that I did to (finally) treat it!

For the sake of everyone, I had this condition for about seven months already. At first, I ignored it because it was just a very small rash, more of a size of a coin. I didn’t bother to address this small skin problem because (again) it’s just a small rash and its located in the upper portion of my ankle. I thought that the infected area is always covered with my pants so no one can see it.

Anyway, after two months of ignoring it, the small rash keeps on expanding. It now covers the half of my calf.

And the worst thing about this is its very itchy. So I started scratching it. I was scratching it intensely until it damaged my skin and developed a wound. Since eczema is a skin infection, the fresh wound gets infected and was swollen for a week.

There was also extreme oozing of the wound. I’m not really sure what kind of liquid is coming out of my wound but according to what I’ve read, its a combination of puss and the oil produced by our skin. That’s the time I went to the Emergency Room to seek medical attention to treat the swollen wound in my leg and the oozing.

When I arrived at the hospital, the Doctor asked me several question about the swollen wound. I told him that it was due to the intense scratching that I did because it was so itchy. I showed him my wound and he told me he’s seeing cellulitis on it. So they injected antibiotic to treat the infection. He also prescribed me several oral antibiotic and anti histamine to take for a week.

I did follow all the instruction the doctor told me. The swelling was gone for a week but the itchiness was still there despite the fact that I am taking anti histamine daily and my wound still keeps on oozing of liquid. I realized that what the Doctor from the emergency room did was just to address the swelling of my wound. He didn’t prescribe me anything to treat the large skin allergy that I have. So the infection, itchiness and the swelling is bound to return since the infection is not 100% eliminated.

Another thing, he didn’t mention anything about eczema. Maybe because its not his specialization.

So i decided to seek another medical help specializing in skin carr, a Dermatologist. I went to Makati Medical Center and ask the help of our Health Care provider to give me a Dermatologist. They gave me the name of the doctor and her schedule to consult my condition.

When I first met my Dermatologist, just like any other Doctor, she politely asked what’s my concern. I told her my condition and she immediately asked me to show her the wound. If my observation is correct, it took her about 10 to 15 seconds to confirm that my condition is an Eczema. It’s like she’s used to seeing this kind of condition. Obviously, she’s really familiar with my condition!

She starts writing on her prescription notepad and discussed the game plan that we’ll be doing in the next weeks. She advised be to have my full commitment on this to be able to cure the eczema in my leg.

Before I leave her room, She told me to go back after a week to see the reaction of my wound to the medications that she gave me.

After putting Mupirocin, I need to cover the entire area with gauze. This would prevent my pants on unintentionally rubbing from my wound. This will also prevent the wound to get more infected due to the external dirt and germa scattered around my environment.

I was also asked to take Co Amoxiclav tablets for 7 days. It’s an oral antibiotics to treat the bacterial infection.

I continued this for seven days then I went back to my Doctor for another consultation. I showed her the progress and told me that the infection is gone.

It’s now time for the phase two treatment. After seeing the good progress, She again wrote something on her prescription notepad. After she finished writing, she discussed the things that I need to do.

She said that I should stop soaking my wound to the 0.9% Sodium Chloride Solution she prescribed. Next is I need to put Vanicream Moisturizing Cream on the infected area. Then on top of that, I need to put the same Mupirocin (Bactroban) Ointment.

After that, I need to put another ointment, Diprolene. This is a new ointment prescribed by my Doctor. I am required to do this twice a day.

Based on Google, generic name Betamethasone is a steroidal based medication which can treat skin diseases such as dermatitis and psoriasis.

So that would be three things on top of my wound. Moisturizer plus Mupirocin plus the new one Betamethasone. She still did asked me to cover the wound with gauze until the wound is still complete healed. I did follow these things religiously.

After several days, I also noticed something happening to infected area. It seems, dead skins are falling off. It’s like my skin was able to generate a new and fresh skin. This means the wounds are completely healed! Thank God!

Then the schedule for the third visit came and I showed her the progress. My wound are completely healed and what’s left is the redness.

She asked me to stop using Betamethasone because its steroids and its not good for a person to use this longer than the prescribed period.

She looked into the infected area and she’s not impressed with the progress. The Betamethasone should’ve cleared the redness.

What she advised me to do now is to have a Biopsy on the infected area of my skin. She said, this will make her sure that I only have Eczema as my condition and nothing more. After confirming that , we can continue with the treatment.

She didn’t prescribe me new ointment or tablet. She said to continue applying the Vanicream plus the Mupirocin only.

I’ll be back after the result for the biopsy is released then we’ll proceed with the final phase.

So for now, this blog post will be continued. See you next week!

But before I go, I would like to leave you a note that these are based from my experience only and will not apply to anyone. If you have the same condition, I advise you to consult a dermatologist to treat your eczema.

For the love of God, Please do not engage in self medication. It will only worsen your condition.